If you’re familiar with how Android version updates delivered, you should know they’re named in Alphabetical order and names given based on desserts. The latest stable Android version is Android 9.0 Pie. It’s so new that you’ll hardly find it on a phone that’s not a high-end flagship released in the last five months.
Even though it currently runs on very few devices, Google has gone the next step to push another version above it. Android Q Beta is now available for Google Pixel phones.

Android Q is currently the first Beta of the upcoming Android version, possibly Android 10. Bugs should be expected and in fact not advisable to be installed on a device used as a daily driver. Google usually pushes three Beta builds before the final build that normally ships first with a new Pixel phone.

From what we’ve seen about Android Q Beta so far, it’s almost indistinguishable from Android Pie. There are no major changes here as was the case with newer Android versions that were released with each year back then. Android Q appears to be adding and tweaking a few things with minor visual changes that a normal user may even fail to notice. Here are a few of these changes we’ve tracked. Here are some of them;

Theming Options
Google has added a few theming options with the new Beta. These settings have been added to Developer options for now. The main option here is the ability to change accent color of a few elements especially in the toggles and settings. Accent colors available include Default blue, Black, Green and Purple.

Options extend to changing the system font, and icon shapes from default round to Teardrop, Squircle or Rounded Rectangle.

A system wide dark mode has also been added but currently only activated by the battery saver option.

App Permissions
Android Q Beta bring more control over what App should access features on phone for example GPS. A notification will display when an App is opened for the first time to let the user choose whether an App can be given permission to access some features for the duration when it’s in use, always have access or not have access at all.

Redesigned Files App
Android Q Beta comes with a new Files App that has been given a major redesign to match Google latest design trend. It has more features and hopefully worth using this time over third-party file managers.

Undo Removed Items from Homescreen
Android Q Beta 1 also allows you undo things on the homescreen. This feature is available app shortcuts and widgets if accidentally removed for example.

Blurred Locksreen Album Art
Locksreen album art when playing music is also blurred in Android Q. It could help in putting explicit album art a bit away from clear view. 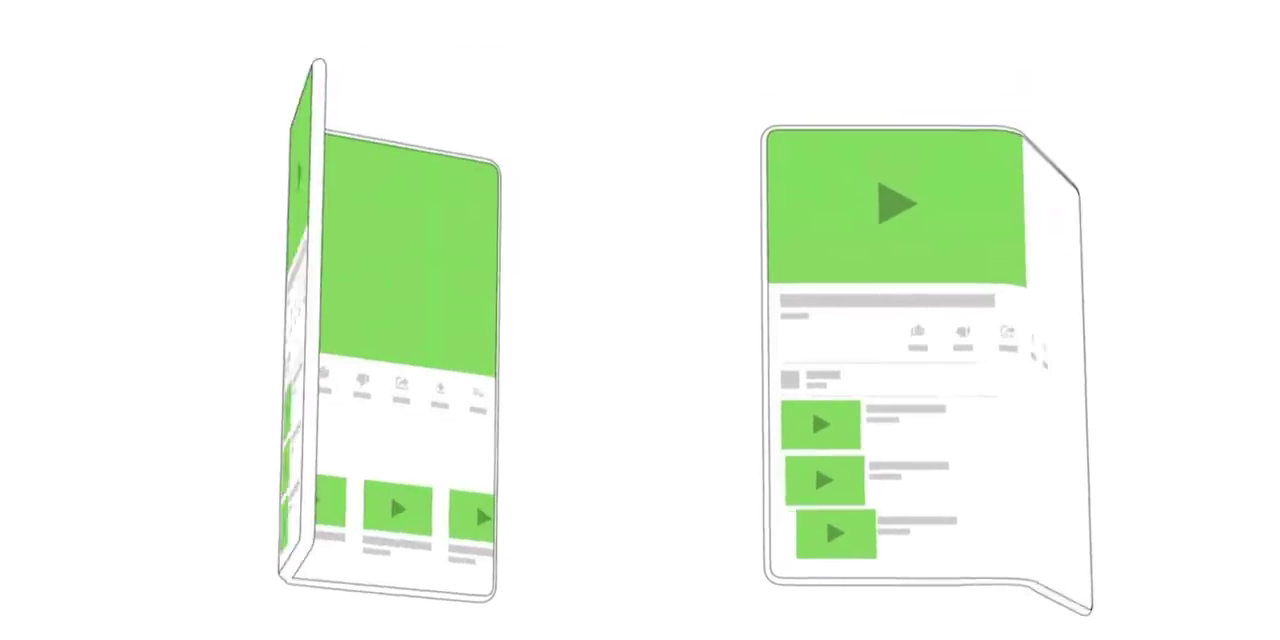 Google has added support for foldable phones in Android Q Beta. Shouldn’t come as a surprise since there are already three foldable phones that have been announced like the Samsung Galaxy Fold and Huawei Mate X. More of these are expected to come.

Built-in Screen Recorder
Screen recorders often come in custom Android systems like MIUI but had never been bundled with stock Android. Android Q Beta comes with one however it’s still unstable but expected finally be part of the new Android version.

Notches in Screenshots
Screenshots in Android Q Beta take the exact screen display of the phone, meaning if the phone has a notch or rounded edges, the screenshot will also come with the notch and rounded edges.

As earlier mentioned, this is the first Android Q Beta. No major changes are brought to Android but a few additions and possibly a few little changes stock Android users will notice when using Android Q over Android Pie.