Honor 20 Lite, Honor 20 and Honor 20 Pro are the latest released phones from Huawei from their budget sub brand Honor. It goes without saying that these impressive phones have been released after their ban by the United States government which stripped them off of access Google’s Android. The question on everybody’s mind was what Operating System are these phones being released with. They were made to run Android and indeed Android was released with these phones but only time can tell when they’ll receive a new Operating System that’s not Android.

The devices are three amazing phones falling in different price brackets yet designed with a premium feel in mind. One of them brings a record breaking camera aperture the largest on any smartphone.

Read Also: Huawei has been Banned from using Google’s Android This is the least expensive of the three, meaning it packs less but enough to let it stand out from many budget smartphones available. It has a water-drop notch that houses the selfie camera centered in the upper top corner of the screen with a noticeable minimal chin at the bottom. The selfie camera is a 32 mega-pixel f/2.0 camera on the front while the back contains a triple camera configuration: a 24 mega-pixel f/1.8 sensor, an 8 mega-pixel f/2.2 ultrawide sensor and a 2 mega-pixel f/2.4 depth sensor.

It’s display is an IPS LCD type that measures in at 6.21 inches with a resolution of 1080 by 2340 pixels. It’s powered by a mid-range Kirin 710 chipset backed by 4GB RAM with 128GB on-board storage, and support for expansion via microSD up to 1TB. It runs Huawei’s EMIU 9 on top of Android 9.0 Pie. A physical fingerprint sensor is mounted at the back of the phone as well. The phone comes with a 3400mAh battery.
The Honor 20 Lite comes in three colors: Phantom Blue, Phantom Red and Magic Night Black, and costs £249. The Honor 20 is powered by Huawei’s latest and greatest octa-core Kirin 980 processor backed by 6GB of RAM with 128GB on-board storage. It does not support storage expansion. It runs Huawei’s new Magic 2.1 skin on top of Android 9.0 Pie. The phone has a fingerprint scanner mounted on the power button. It packs a 3750mAh battery. 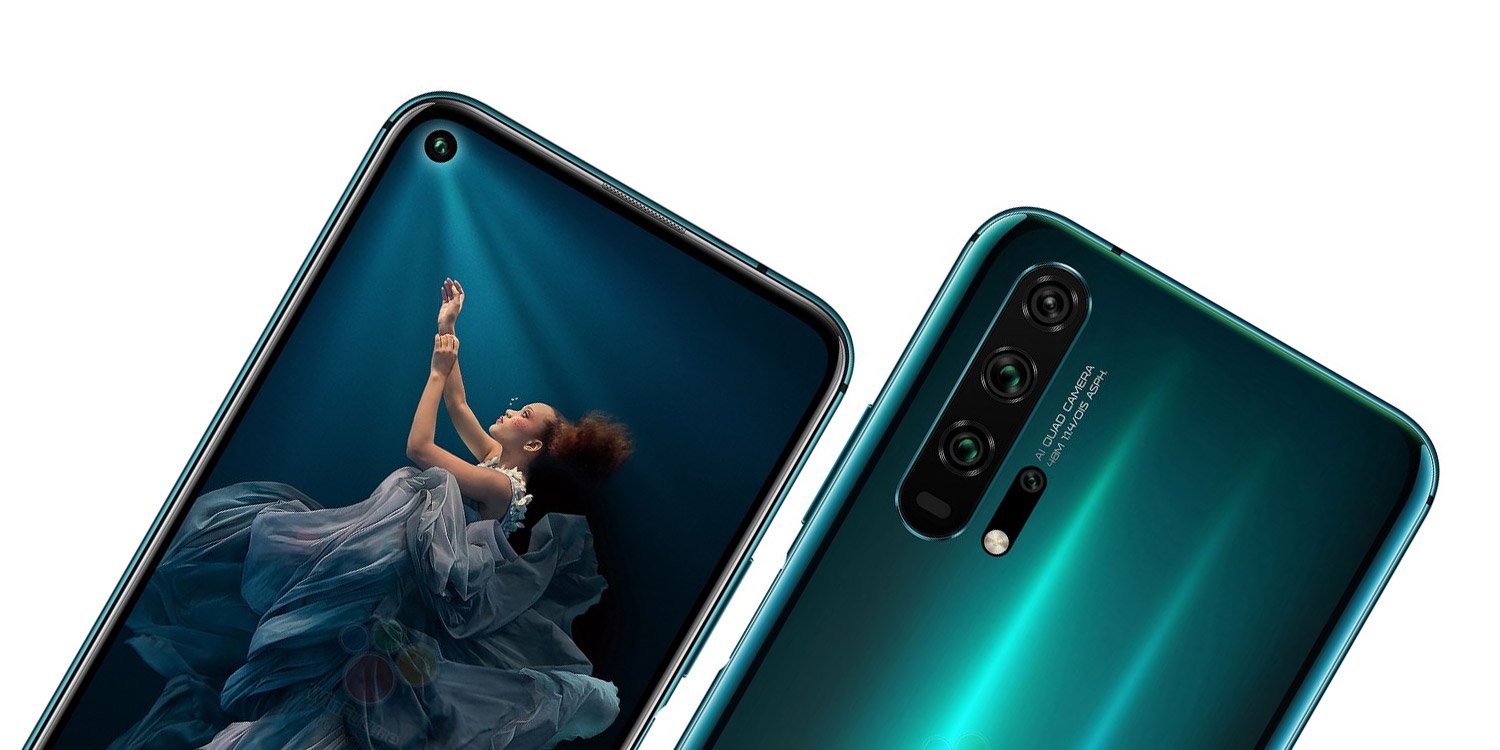 This model shares a lot in common with the standard flagship but pushes the boundaries in the camera department. It’s the best of the three in photography. The display and size and front-facing camera are exactly the same as in the Honor 20 above. The side mounted fingerprint scanner is also in a similar position.

It features four camera sensor on the back with laser auto-focus sensor. The first is a wide 48 mega-pixel camera with a record breaking f/1.4 aperture. As earlier mentioned, it’s the widest aperture present in a smartphone. It’s wide nature allows for more light into photos meaning better lit photos in darker environments than any taken by any other smartphone. In addition to Huawei’s night mode feature, this should be the best phone for taking photos at night. The other sensor is a 16 mega-pixel f/2.2 ultrawide sensor for fitting many subjects in one shot, an 8 mega-pixel f/2.4 telephoto sensor with 3x optical zoom with Optical Image Stabilization, and finally a 2 mega-pixel f/2.4 wide dedicated micro camera.

As the Honor 20, this Pro version is also powered by the latest and great octa-core Kirin 980 processor but backed by 8GB RAM with 256GB non expandable storage. It runs Huawei’s new Magic 2.1 skin on top of Android 9.0 Pie and packs a large 4000mAh battery.