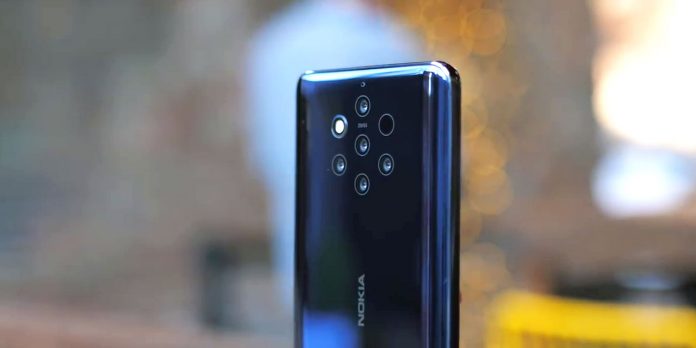 Nokia 9 PureView is the latest flagship from HDM Global, the company that officially produces Nokia phones currently. The biggest talking point of this phone is the number of cameras stacked on it’s back. PureView is nothing new to Nokia phones as there was one the Nokia 808 PureView back in 2012 that had it’s main emphasis on boost camera quality and photography to it’s limit with it’s 41 mega-pixel camera. This same view point is what the new Nokia 9 PureView is building upon while adding some of the best overall specifications to favorably bring competition to it’s current rivals.

Nokia 9 PureView camera system was built by Light, a company known for creating the Light L16 a portable camera device that pushed the boundaries of photography by using a total of 16 cameras. Light desired to welcome smartphone manufactures to adopt it’s implementation in it’s Light L16 into normal smartphones. HMD Global worked with them to build the Nokia 9 PureView camera system.

All main cameras at the back, 5 of them, have 12 mega-pixel sensors with f/1.8 aperture and a 28mm diameter. Two of them are RGB implying they capture colored photos and the three are Monochrome sensors meaning they capture images in Black and White to incorporate more detail into the final shot. The company refused to use any Telephoto or Wide angle camera sensors as it would make the phone more bulky. On it’s back along with the cameras is a dark spot within which is located the TOF Depth sensor, a 3D sensor with the aim of measuring the distance between objects to produce a more accurate shot in any mode the photo is taken.

The camera set-up can capture up to 12.4 different stops of exposures when taking a photo, something that’s rivaled by only big sensor cameras. It can also capture up to 1200 layers of depth and simulate a much more realistic artificial bokeh effect better than what’s available on other phones.
The phone can take a raw image with of size between 60MB to 120MB worth of data. Such large sizes of raw images are perfect for editing in professional applications such as Adobe Photoshop or LightRoom, and in fact, the phone ships with a free version of Adobe LightRoom to edit photos on the go.

This camera set-up and what it’s capable of is what differentiate the Nokia 9 PureView from other phones.

The rest of the phone is built like a high-end device with emphasis on detail and durability. It’s perfectly wrapped in an aluminum body with Gorilla Glass 5 on the front, with IP67 water resistance certification.
On the front is a 5.99 inch pOLED QHD+ display with 18:9 aspect ratio which brings with it sharp and vibrant colors similar to what any OLED panel does. On top of the display is a 20 mega-pixel selfie camera that supports pixel binning, a technology that aims at taking great low light photos, in this case, selfies.
Under the display, the phone also has an optical fingerprint sensor.

The device is powered by last year’s Qualcomm Snapdragon 845 processor, not the latest in comparison with what major flagships carry but what gave the company enough time to work and perfectly execute their new 5 camera configuration. The processor is backed by 6GB of RAM and 128GB on-board storage with expansion via micro-SD card of up to 512GB. It runs Android One, the lightest stock Android system based on Android 9.0 Pie.

There are a number of phones today that potentially take better photos especially with great post processing technology built into them for example the Pixel 2 and Pixel 3, Huawei Mate 20 Pro or even Samsung Galaxy S10, but to a professional photo editor many of whom are keen on detail and the ability to manually edit raw images in advanced tools, the Nokia 9 PureView is the perfect recommendation now.

The Nokia 9 PureView is provided as a limited edition currently with a price tag of about $700 USD.