2018 was the year of the notch. Almost all known major phones featured some kind of notch in pursuit for a near bezel-less display. A few brands showcased what they considered futuristic designs that eliminated the notch completely like Oppo’s Find X which involved hiding the front facing camera in motorized compartments and many as such. Eventually there needed to be a new way to cleverly remove the notch without resorting to designs that couldn’t stand the test of time.
We believe this new implementation as in Huawei’s new Honor View 20 is the next trend many manufacturers are to jump on that will eliminate the notch we’ve seen in many other phones. 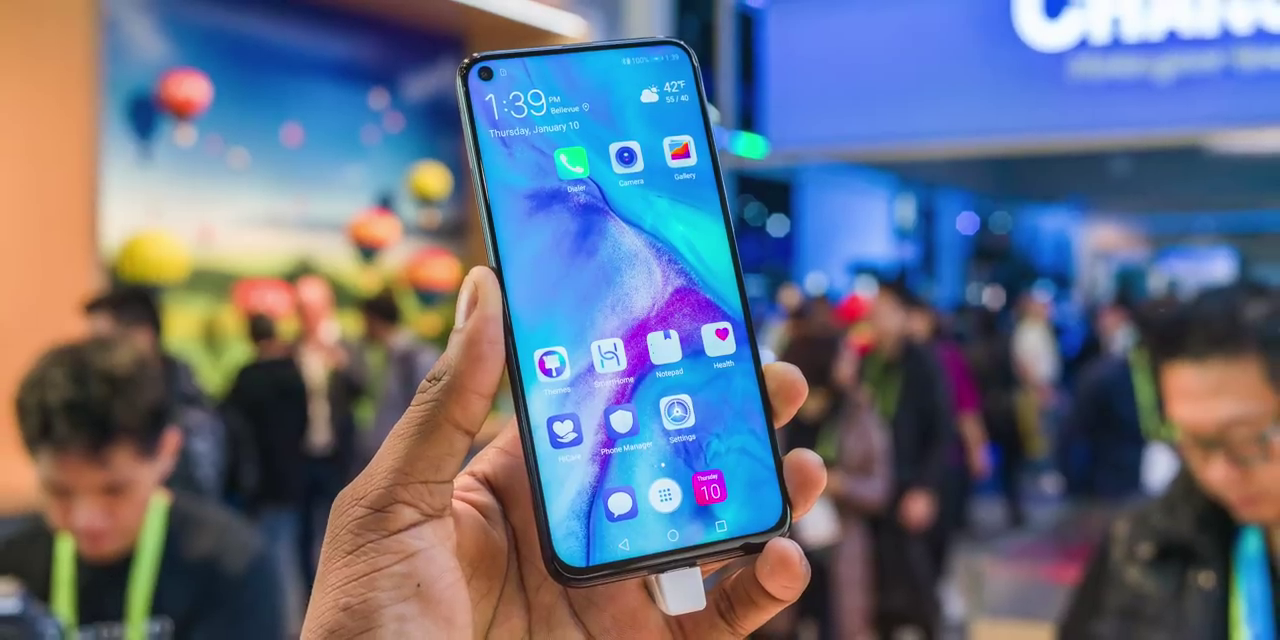 The Honor View 20 is one of the few phones to feature a front-facing camera module placed in a hole drilled within it large IPS-LCD display. This is a neat design as the area around the camera module remains an active display that, at first glance, gives the illusion of the entire front being used as a display. The phone also features tiny bezels at the edges of the screen with a slightly noticeable chin that houses the display drivers. The phone itself is a high-end phone powered by Huawei’s best processor the HiSilicon Kirin 980 with on-board storage up to 256GB and RAM up to 8GB. It also features dual 48 mega pixel main cameras, a massive 4000mAh battery and also to mention is powered by the latest Android 9.0 Pie with Huawei’s Magic UI 2.

Samsung also showcased a few designs very similar to this with proposed names such as Infinity-O, Infinity-U, Infinity-V and New Infinity which leads us to believe the upcoming Galaxy S10 is to feature a design similar to what the Honor View 20 has, hopefully a better one which eliminates the chin completely.

This design trend is expected to be adopted by many has it ushers in a whole new way to finally kill off the dreaded notch and finally something that appeals to majority of tech enthusiasts and many that appreciate great design.