Following the reported security issues Huawei has had with the US government that initially led to it’s ban from using Android, there was a lot of speculation that Huawei would soon release their own OS that it’s been presumably working on to reduce it’s reliance on Google’s Android OS. The Internet went wild with a lot of guesses about Huawei’s next step. Many writers ran with rumors that Huawei never confirmed until now. It is official. Huawei held a press conference hours ago to announce what they’ve been working on: HarmonyOS, and as many speculated will go by HongmengOS in China.

HarmonyOS is, as communicated by Huawei, a microkernel-based distributed OS that’s aimed to be used on a wide range of devices, not only phones. It’s built to run on wearables, smart speakers, in vehicles, household appliances and more. The goal is to create a shared eco-system between connected devices. Like Android, HarmonyOS was also announced to be Open-source to encourage companies and developers  to quickly jump into the code and adopt it for devices. Huawei insists this is a completely different product from Android and iOS which begs the question on how it could substitute Android or iOS as a major competitor. 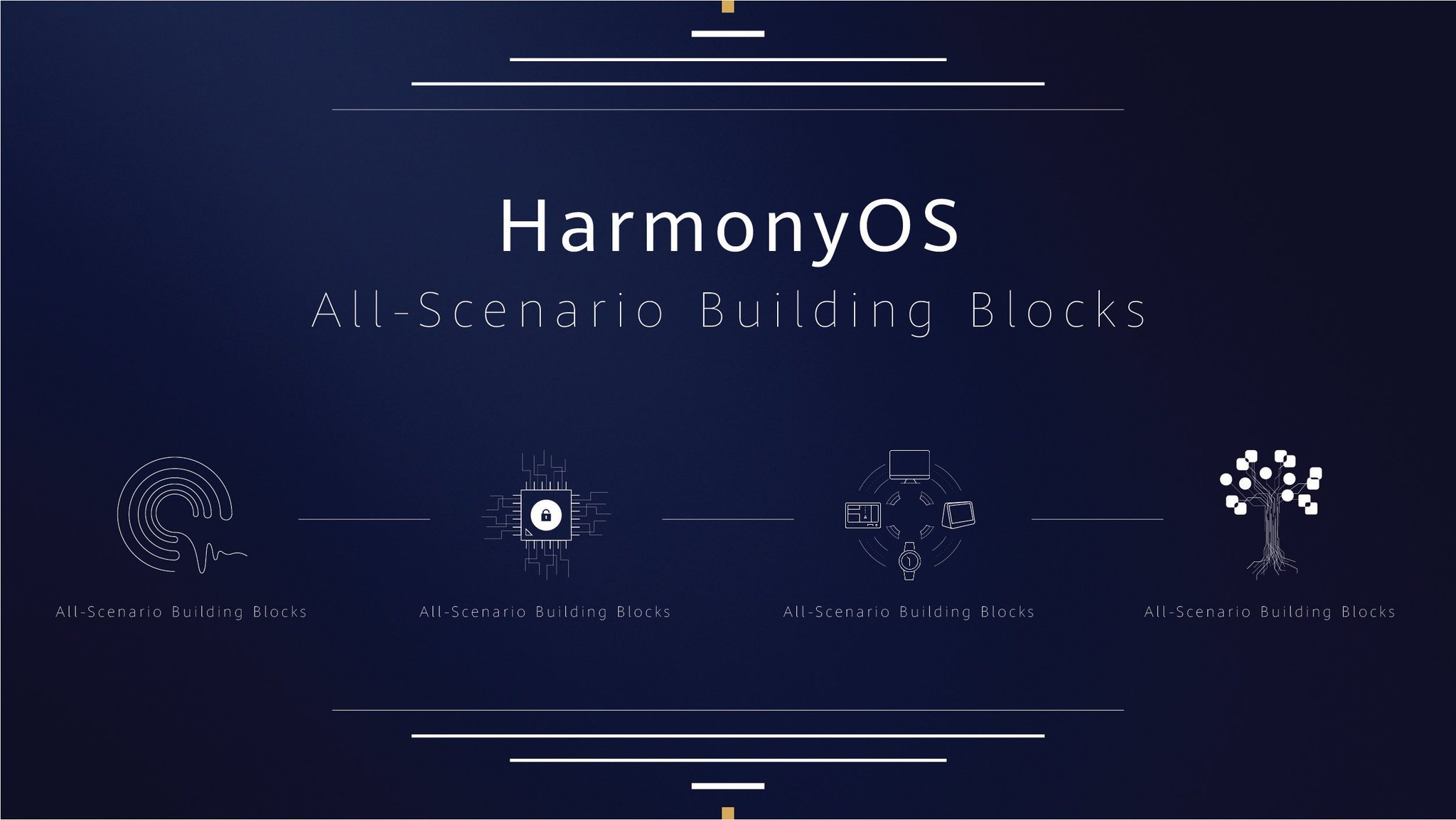 The CEO of Huawei’s consumer business group Richard Yu in the press conference said HarmonyOS is “completely different from Android and iOS. You can develop your apps once, then flexibly deploy them across a range of different devices.” By that statement, HarmonyOS is expected to be a highly scalable OS much like Google’s Fushsia OS that has been in working and currently has an official website and an actual demo. Huawei’s new OS could be a direct comparison and competitor to Fushsia OS and necessarily Android and these two new operating systems could shape connected device systems going forward. Their highly scalable nature makes them extremely fast to build apps for since an App would be build once but compatible to all devices that use the same system. Huawei is also expecting developers to recompile their apps for this new operating system but only time will tell if the documentation is good enough to be embrace by developers around the world.

It’s also worth noting that there is no presented devices yet running this new operating system but Huawei plans to launch HarmonyOS on “smart screen products” later this year before expanding it to work on other devices, like wearables, over the next three years. Honor, a Huawei subsidiary is also reported to be bringing the OS to Smart TV first. according to Reuters.

Huawei is expected to launch it’s next flagship, a successor to the Mate 20 Pro in the fourth quarter this year. It’s not clear if that will be the device to ship first with it’s new operating system. Huawei’s ban from Android is currently partially lifted with it’s license to use Android being issued back in instances. That could give Huawei an advantage to continue updating it’s older phones as it reduces it’s dependence on Google’s Android by embracing it’s newly announced Operating System.