Finally, the Samsung Galaxy Note 10 has been unveiled after a lot of leaks all over the Internet that gave us a glimpse of what the phones would look like. Unlike Apple products, the leaks on Samsung phones are often spot on. For the first time the Galaxy Note 10 is split between lower and higher tier, and the higher tier being the Galaxy Note 10 Plus. Also a 5G version of the Plus variant will be available.

The design of the Note 10 features an Infinity-O display with the front facing camera in the top center of the phone clearly differentiating it from it’s lower siblings the Galaxy S10 and S10 Plus. The standard Note 10 is equipped with a 6.3 inch 1080 by 2280 Dynamic AMOLED display whereas the Note 10 Plus has a similar display but measuring at 6.8 inch and 1440 by 3040 resolution. The shift from the usual Super AMOLED that Samsung has marketed years since inception to Dynamic AMOLED is to present not only sharp colors with high contrast but also more realistic colors that are easier on the eye especially at night. The phones also present an almost bezel-less look with sharper corners than previous Samsung flagships.

The Note 10 features a 10 mega-pixel f/2.2 selfie camera and three camera sensors on the back aligned vertically on one side: a 12 mega-pixel f/1.5 wide sensor, a 12 mega-pixel f/2.1 telephoto lens with 2x optical zoom and Optical Image Stabilization and a 16 mega-pixel f/2.2 sensor. The Note 10 Plus on the other hand, has the same 10 mega-pixel front camera as the standard Note 10, same triple camera sensor and layout but with a few added sensors on the back like the Time-Of-Flight 3D depth sensor for added detail when taking pictures. Within the phone comes a unique feature that allows users zoom in on sound from the subject in focus isolating sound from surrounding objects.

Also Read: Samsung Galaxy S10 and S10+ Unveiled: What you need to know

The two devices are undoubtedly high-end flagship phones with the best of the best processors, either Samsung’s new Exynos 9825 aimed for the international market or the latest Octa-core Qualcomm Snapdragon 855 that often ships to the USA. The Note 10 maxes out at 8GB of RAM with 256GB non-expandable storage where as the Note 10 Plus offers an 8GB RAM variant with 256GB of on-board storage and a 12GB RAM option with 512GB of storage as well, two of which include a micro-SD card slot for storage expansion up to 1 Terabyte. 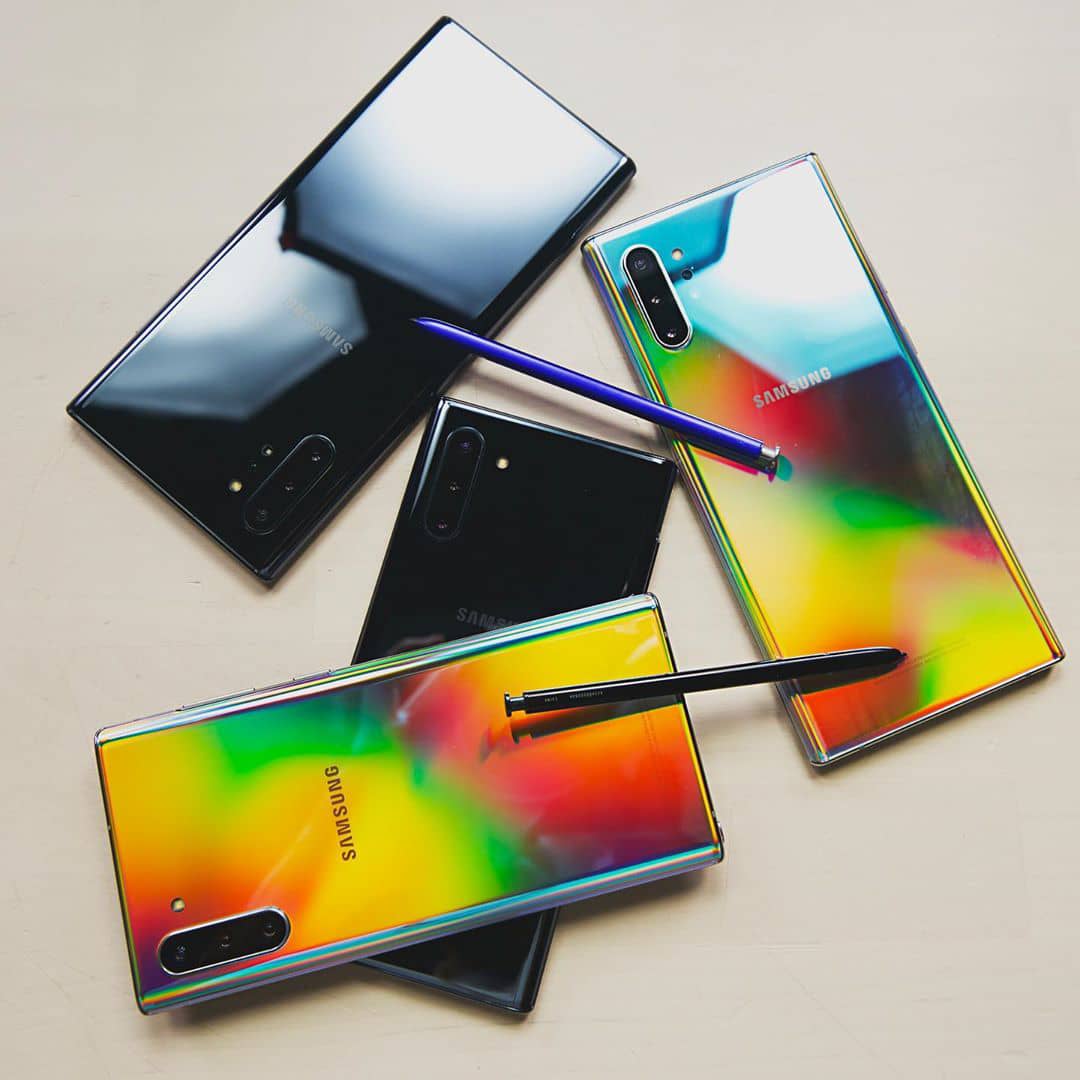 The phones are shipped with Samsung’s refined OneUI system built on top of the latest Android 9.0 Pie with tons of features baked in for example a screen recorder and brand new video editor. With the new design of the stylus came added functionality with the phone that include gesture control using the S-Pen like swiping pictures in the gallery which may come off gimmicky, also ability to transform written text by S-Pen to normal text.